Written by Julian Pössnicker on April 2022

In this part, we discover Blenders and Unreals uber shader. Both claim physical-based shading. The inputs of both uber shaders are also very similar. Therefore, if both systems get the same input values for each property, the material should be the same. This could be very important if the scene is created with the cycles-x materials and then imported into the unreal engine for faster rendering.

The first comparison shows the differences between the Specularities of cycles-x and unreal engine uber-shader. 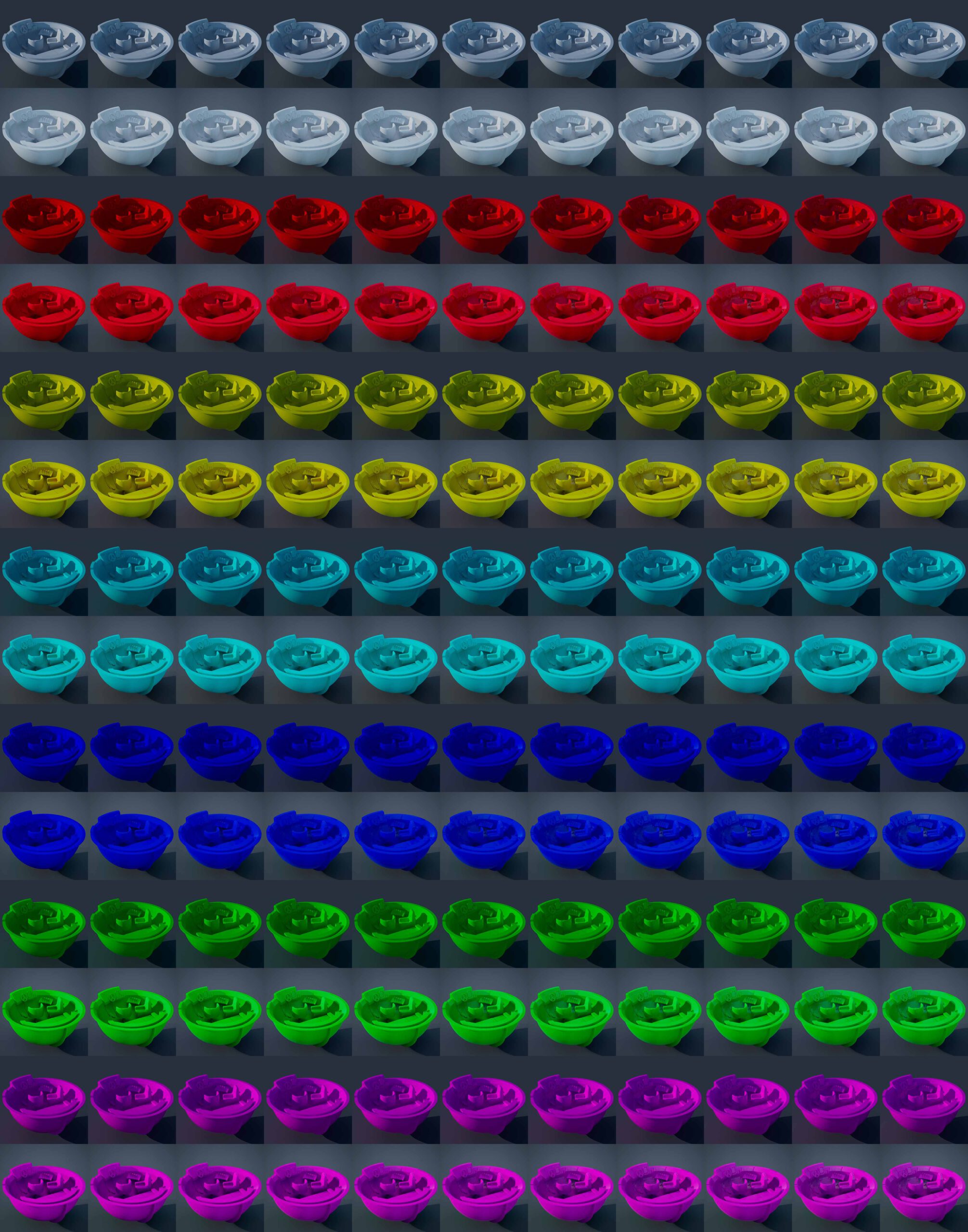 It is evident that the scaling of the specularity values is not equal in both programs. The reflections in the unreal engines examples are also a little bit glitchy, which could be a result of Lumens Screen Space Tracing reflection method. Also, the yellow object of the unreal engine has weird red halos around little objects.

The next picture shows the differences between the metal factors. 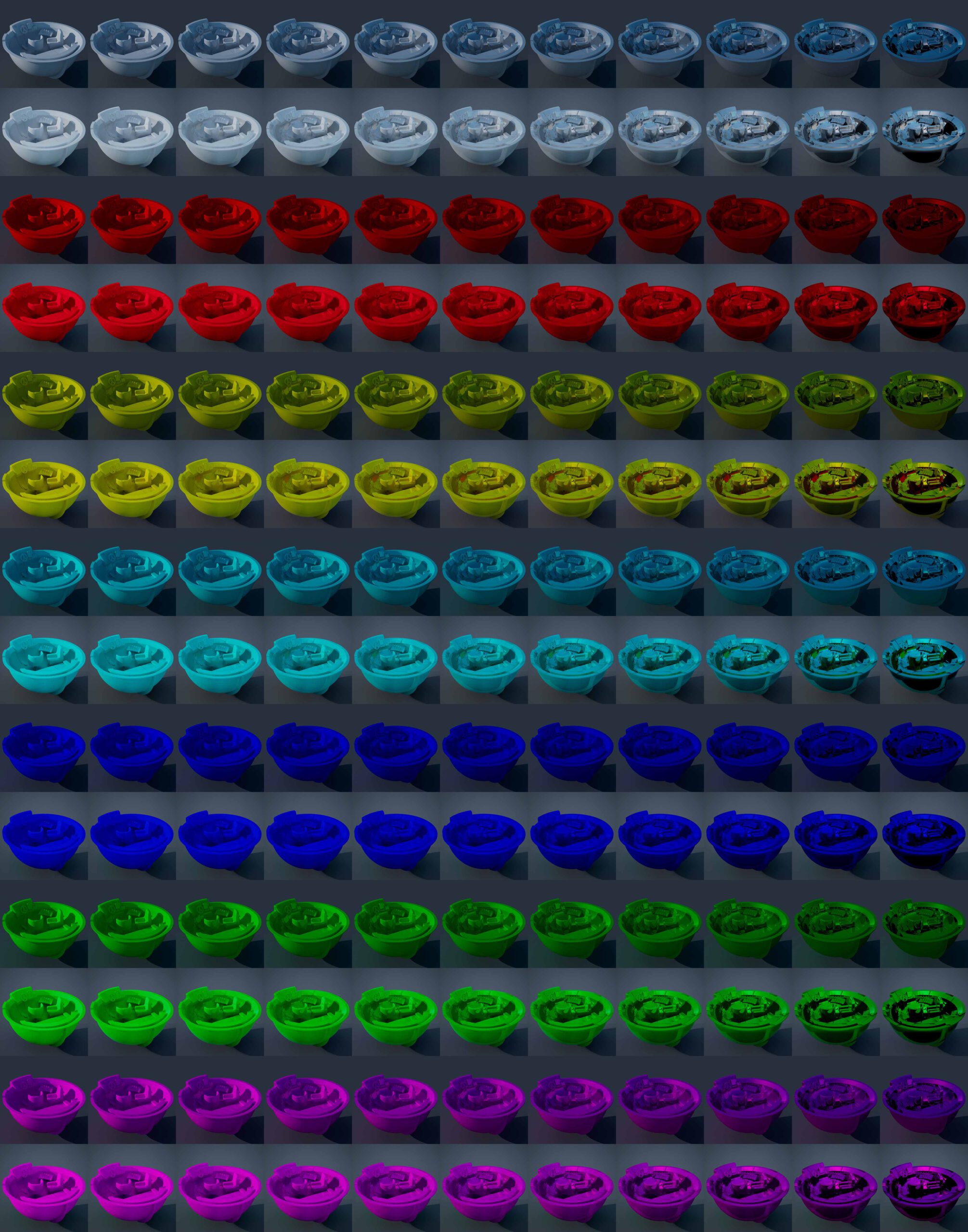 The above-mentioned findings are here even more evident. The scale of settings is different. The reflections are odd, and the yellow object has weird red artifacts. The cyan one has these artifacts too.

The next example shows the impact of the roughness factor on a metal surface. 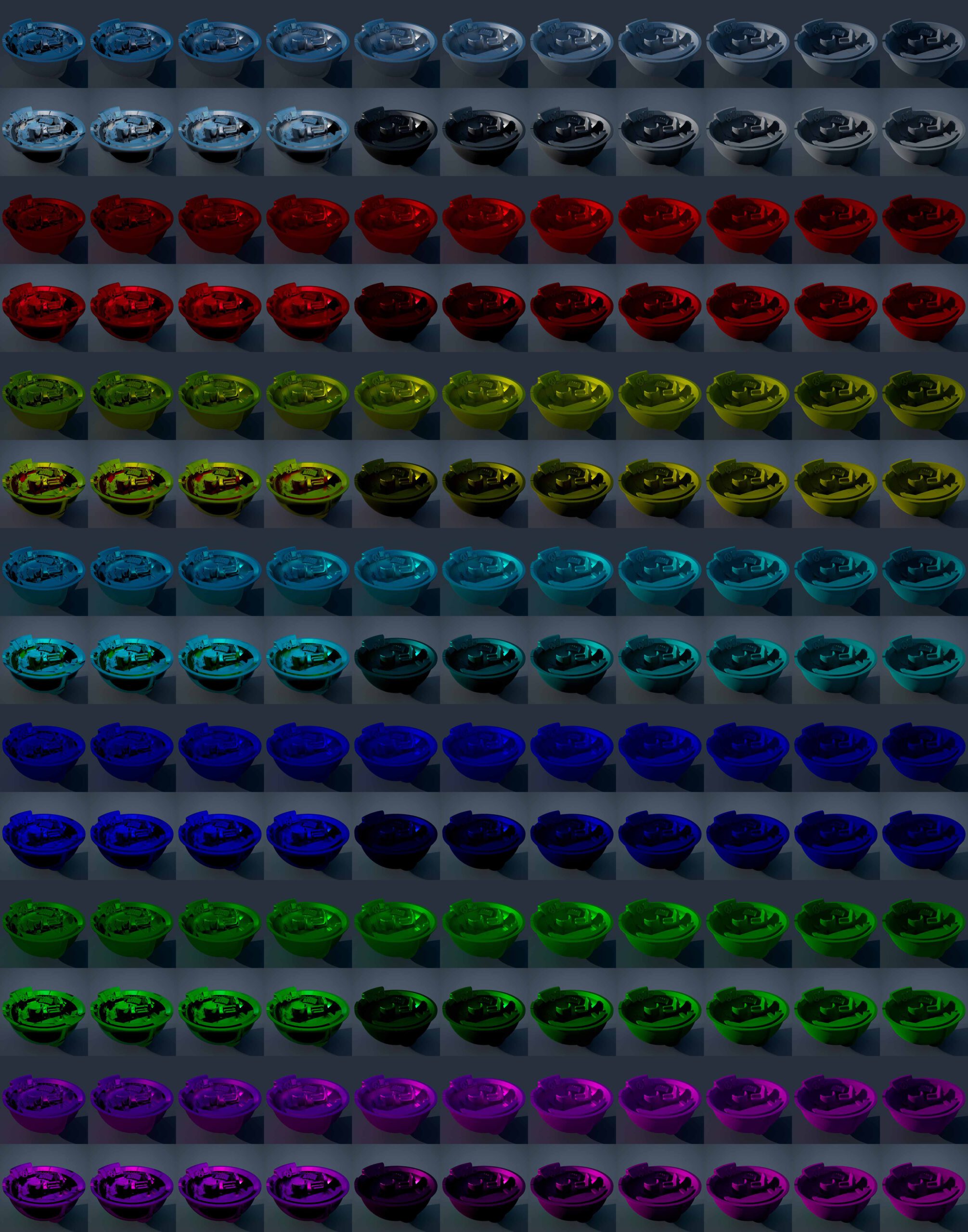 In the picture above the change in the shading method is very interesting. At the roughness value of 0.4, it seems that the unreal engine swaps out the screen space reflections for a more simple Phong-like shading. At this value and above all reflection and color artifacts are gone. The lighting is also different.

The next picture compares the clear-coat value. The scale between both programs is very different. Therefore, the settings for Unreal Engines are between the values 0 to 1 and for Blender 0 to 10. 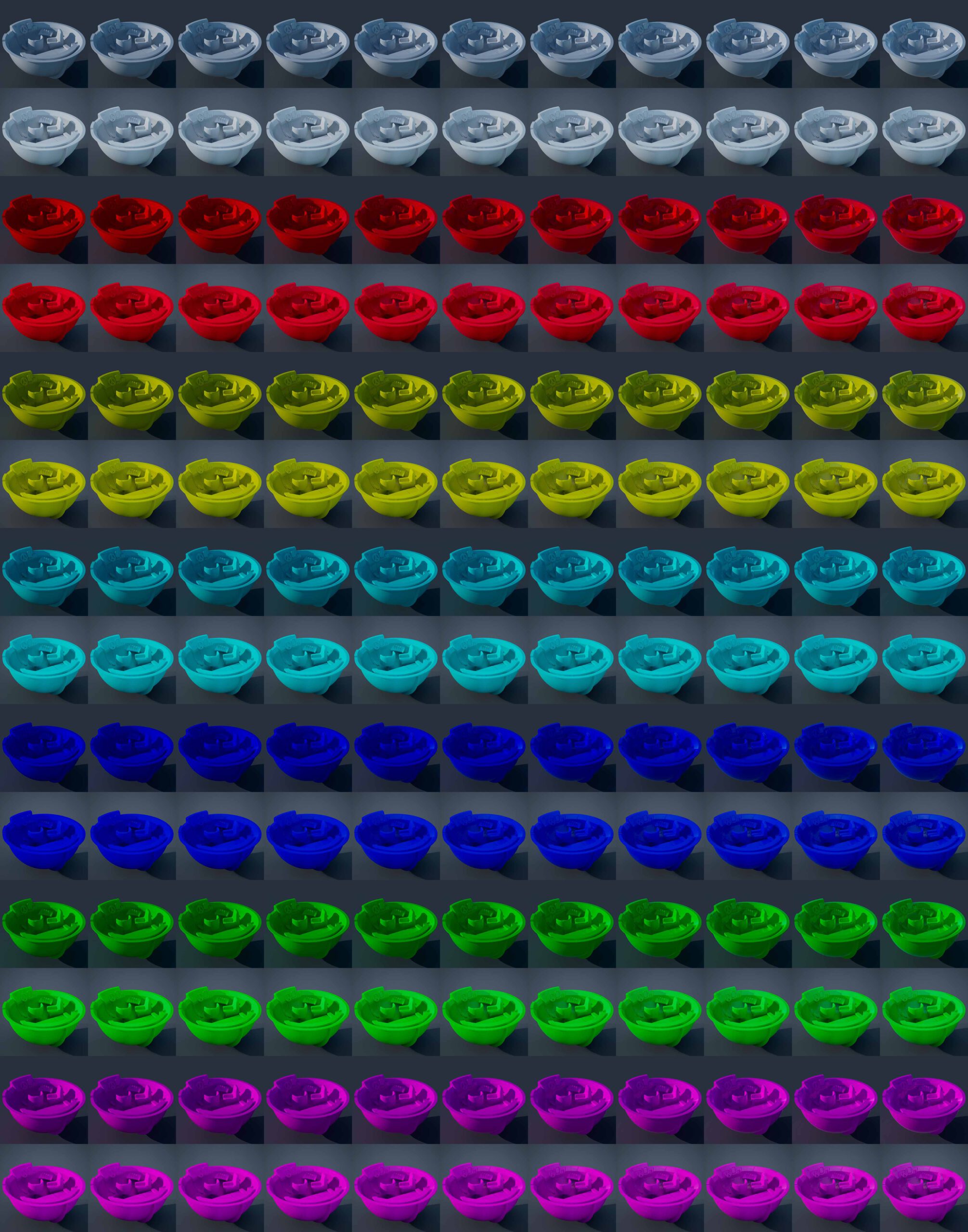 Unreal engines` results are already different themselves. The darker colors results in a very strong clearcoat and the light values produce only a very subtle clearcoat effect.

The next comparison shows the clearcoat roughness.

In this comparison no extra artifacts are evident. But the roughness scale is different in both programs. The Blender row gets more diffuse quicker than the unreal engine row.

The next chapter is about the rendering differences between Blender and the unreal Engine in a more complex example scene.

Blender Materials Principled-Shader Uber-Shader unreal engine 5 Unreal-Material
We use cookies on our website to give you the most relevant experience by remembering your preferences and repeat visits. By clicking “Accept”, you consent to the use of ALL the cookies.
Do not sell my personal information.
Cookie settingsACCEPT
Manage consent